Flu shot signs are sprouting up in front of pharmacies, health clinics and doctor’s offices. The medical world is preparing the public to protect itself from the 2012-2013 flu season. While the shot is available to help those avoid the influenza there are a group of people who avoid it for their own personal reasons. Instead, they incorporate shark liver oil into their diets to boost their immune system the natural way

Nutrilys Del Mar, based in San Diego, offers a high quality shark liver oil supplement and their brand has been backed by more than 40 clinical studies.

“When locating a top shark liver oil supplement, shoppers should never settle for cheap imitations,” said Thierry Lerond, founder of Nutrilys Del Mar. “We really only want the best for our bodies especially when it comes to enhancing our immune system during the flu season.”

The ingredient in shark liver oil which supports a healthy immune system is called alkylglycerols. This natural substance has the power to stimulate the immune system while warding off infections.

And this includes the flu.

Shark liver oil is also one of the best alternatives for those who are unable to get a flu shot; reasons for this may include a previous serious side effect from the vaccine or an allergy to eggs.

Those diagnosed with Guillain-BarrÃ© Syndrome more than likely may not be a candidate for the vaccine either.

For others, they decide against the injection because it’s hard on their bodies. Some side-effects which may occur one to two days afterwards include:

• Redness or swelling at the injection site

According to an August 14 article written by the news staff at CBS entitled, “FDA approves new flu vaccine for 2012-2013 season,” the shot covers three viral strains which are:

A portion of the article reads, “Each year the FDA works with the Centers for Disease Control and Prevention (CDC) and the World Health Organization (WHO) to design a vaccine to protect against the three viral strains most likely to cause the flu in the upcoming year.”
Still, some folks choose not to have the vaccine. In their minds, they could still be susceptible to the flu because the shot did not cover a certain virus.

The CBS News article pointed out, ‘”There is always a possibility of a less than optimal match between the virus strains predicted to circulate and the virus strains that end up causing the most illness,'” the FDA said in a written statement. ‘”However, even if the vaccine and the circulating strains are not an exact match, the vaccine may reduce the severity of the illness or may help prevent influenza-related complications.'”
Those who do choose to receive the vaccine may also incorporate shark liver oil supplements into their diet to up their “immune system ante” during the flu season. It can also help the body recover quicker from the side-effects following a shot.

For centuries, shark liver oil has been a dependable nutritional supplement for those wanting to protect and treat themselves with seasonal illnesses. What was used years ago still has medicinal properties today. 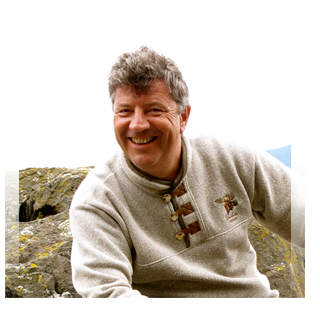 Thierry Lerons, founder of Nutriyls Del Mar, based in San Diego County, manufactures krill oil which has the distinguished Marine Stewardship Council (MSC) label for responsible harvesting. Its Wild Antarctic Krill Oil of 1,000 mg soft gels have vessels with marine fishermen who are MSC approved. And to date, this Nutrilys Del Mar product is the first and only krill oil certified traceable and sustainable by the MSC. They employ Norwegian vessels and fisherman dedicated to eco-friendly practices.

How to treat fatigue with zinc

Organic Supplements Are A Must