This article (from May Life Extension Magazine) is must-know information if we hope to stay strong and smart up to our last days on earth. Strength Training is the most important form of exercise for we seniors – I Have been doing this for 45 years, and at 77 still love to push around significant weights. Read and Heed!!!

I have other Will Brink articles and courses on this site that you should check out both for bodybuilding and fat loss.

When we think of the benefits of exercise, we tend to think of its ability to reduce cardiovascular disease, strengthen bones and muscles, and control weight.

Research is now proving that exercise is also crucial for preserving and enhancing brain function as we age.1-8

While most forms of exercise are associated with improved cognition, some forms may be superior to others in that respect. A newly released study demonstrates that resistance exercise or weight training, rather than aerobic exercise, has a greater impact on cognitive function.9

In this article, you will learn how exercise—especially strength-training exercise—can enhance cognition and memory and protect against age-related cognitive decline. 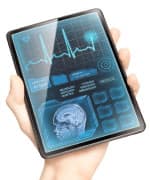 For aging individuals, exercise is associated with an array of benefits that support longer lifespan.10 One recent study supports its connection to protecting and enhancing brain function.

Previous studies had already shown the cognitive benefits of exercise, but this time the researchers wanted to determine whether the cognitive improvements occurred as a result of increased aerobic capacity or increased muscle strength.9

The study included 100 participants age 55 and over with mild cognitive impairment. Each was randomly assigned to either a sham version or a legitimate version of a progressive program of resistance training for two to three days per week. They also received computerized cognitive training.9

Although the program improved both whole-body muscle strength and aerobic capacity, the study team found that only the enhanced strength scores—but not the enhanced aerobic scores—were significantly associated with improvements in cognition.9

While the exact reason for these beneficial effects remains unknown, it is clear that it is the strength-related gains from resistance exercise that cause its cognitive benefits.9

This is an important finding that should change how the medical community approaches exercise. Most medical professionals recommend aerobic exercise, yet fail to understand the value and benefits of resistance exercise, especially in aging populations. This trial showing the superior cognitive benefits of strength training adds to a wealth of past evidence supporting the value of exercise in inhibiting sarcopenia, cognitive decline, and the onset of neurodegenerative disease.11-13

Exercise and the Brain

Exercise has been shown to be crucial for preserving, and even enhancing, brain function as we age. A Mayo Clinic study on more than 1,300 subjects concluded that any frequency of moderate-intensity exercise performed in midlife or late life was associated with reduced risk of having mild cognitive impairment.8

Multiple mechanisms for this cognitive benefit have been identified:

What You Need to Know

Another key benefit of exercise is its ability to inhibit sarcopenia, the age-related loss of muscle mass, strength, and functionality. Sarcopenia not only robs elderly people of the ability to perform even the most basic tasks of daily living, but also vastly heightens their risk of suffering devastating injuries and even death from sudden falls and other accidents.

This condition generally appears after age 40 and accelerates after age 75 and can be caused by suboptimal hormone levels, inadequate dietary protein, other nutritional imbalances, oxidative stress, and inflammation. Most often, it is seen in physically inactive people.19,20

While all types of exercise are beneficial, scientists have determined that resistance or strength training provides superior protection against the advance of sarcopenia.

Resistance exercise stimulates the release of hormones that promote healthy muscle mass, including growth hormone (which is responsible for cell growth and regeneration throughout the body), as well as local growth factors such as mechano growth factor (which is important in helping muscles repair and grow).20,21 As an added benefit, these types of exercises can enhance the effects of other interventions, such as hormone replacement therapy.

While aerobic exercise is excellent for maintaining cardiovascular health and keeping body fat levels low, it is only mildly effective in preserving lean body mass. This explains why sarcopenia is not uncommon in endurance athletes as they age.

Resistance exercise, on the other hand, is essential for increasing—or even just preserving—lean body mass, which is especially critical for older adults. Strength training can also promote mobility, improve health-related fitness, and improve bone health.22

Any good exercise regimen should be supported by key nutrients that help our bodies build and maintain muscle mass. The following nutrients have been shown to enhance the strength-boosting effects of resistance exercise—which, as we have learned, enhances cognition and memory, protects against age-related cognitive decline, and helps prevent sarcopenia.9

Whey protein is especially effective at preserving lean body mass in older adults.23 Whey protein augments the effects of resistance exercise training, especially if consumed shortly before or after exercise.24 Men who supplemented with whey in combination with resistance training showed improvements in one or more measures of muscle strength as well as lean tissue mass, compared to placebo recipients.25 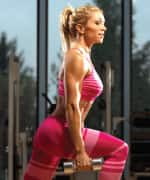 Athletes use creatine monohydrate to increase muscular force and power, reduce fatigue, and help increase muscle mass.33,34 Numerous studies have demonstrated that creatine supplementation increases strength and lean body mass in older adults who are participating in resistance exercise training.35-37 This may be due to the fact that the muscle fibers most affected by creatine supplementation are the same “fast-twitch” (Type II) fibers that commonly atrophy in older adults.38,39

Three specific BCAAs, leucine, isoleucine, and valine, are essential amino acids that play important metabolic roles during exercise and in the maintenance and growth of skeletal muscle.

Glutamine—the most abundant amino acid in the body—is highly concentrated in the skeletal muscles that make movement possible. When scientists gave 2,000 mg of glutamine to nine healthy adults, eight out of the nine subjects experienced a four-fold increase in growth hormone output.45 Evidence suggests that after intense exercise, glutamine helps replenish muscle stores of glycogen,46 which serves as a ready source of fuel to power muscle action.

Vitamin D helps preserve the same (Type II) muscle fibers that are prone to atrophy in aging adults. This suggests that low vitamin D levels in older individuals may contribute to poor muscle function (and bone formation). Supplemental vitamin D may reduce the incidence of sarcopenia (and osteoporosis)47—and therefore may contribute to the cognitive protection now associated with greater muscle strength through resistance exercise.

Carnitine formulations may promote healthy muscle mass in older adults prone to sarcopenia,48 and it can protect against cognitive decline by boosting muscle strength. One novel form of carnitine known as propionyl-L-carnitine helps regulate levels of adenosine triphosphate (ATP)—the primary source of energy for all cellular processes—and can improve physical performance and reduce general fatigue.49,50 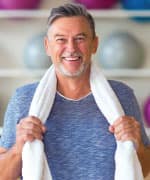 A new study demonstrates that, in those regularly participating in resistance (vs. aerobic) exercise, it’s the muscle-strength gains that mediate these cognitive benefits in aging individuals.

If you have any questions on the scientific content of this article, please call a Life Extension® Wellness Specialist at 1-866-864-3027.

Share this:
← To lose weight, and keep it off, be prepared to navigate interpersonal challenges The Difference: Grass-Fed vs Grain-Fed →