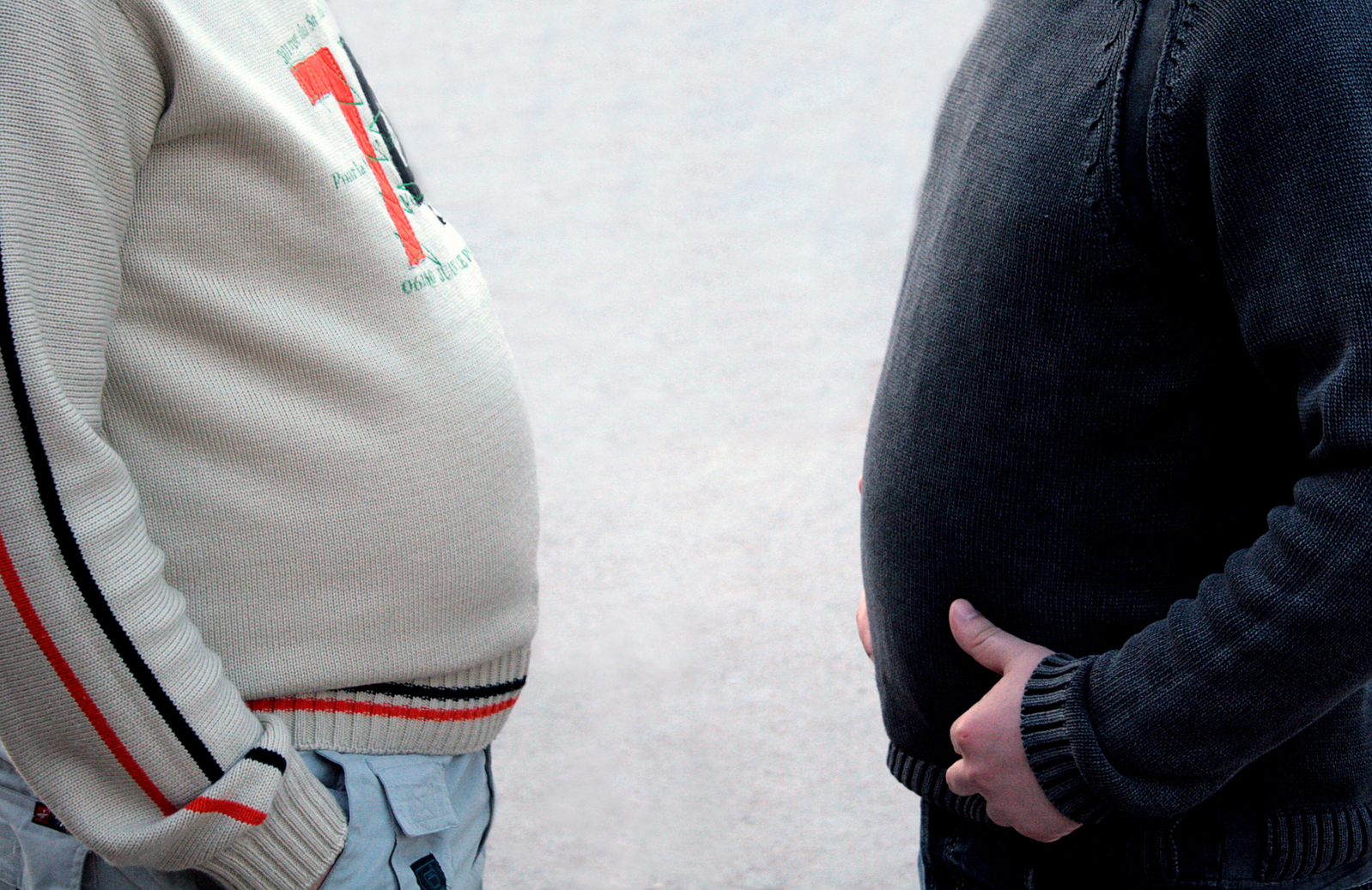 The information contained in this groundbreaking article applies to at least 75 percent of people who are struggling to lose weight. It is a major factor contributing to the fatigue associated with being overweight and having symptoms of hypothyroid. It involves new discoveries regarding iron metabolism and explains why even if you eat plenty of iron you may still have rather dramatic iron deficiency issues, which handicap your metabolism and thyroid function.

Traditional thinking about iron is that either you get enough in your diet or you don’t. People who don’t eat red meat, menstruating women, those who exercise a lot, and those with digestive bleeding or other blood loss issues are at risk for iron deficiency, and either functional or blatant anemia. In general, iron deficiency is thought to be associated with undernutrition or malnourished states.

Ironically, in the past few years, it has become clear that at least half the people who are overweight have impaired iron metabolism detectable on blood tests. In many of these cases dietary iron intake was adequate, perplexing researchers. It now appears that the inflammation associated with being overweight is elevating a hormone in your liver called hepcidin, which has the net effect of reducing iron absorption into your body from your digestive tract. The net result is a metabolic nightmare of weight gain, fatigue, and poor thyroid function. Hepcidin 101

Hepcidin is a hormone produced in your liver, discovered in the year 2000. Scientists have discovered that it regulates iron use throughout your body (iron homeostasis). One of the ways hepcidin regulates your iron status is by deciding how much iron to let in to your body. In essence it communicates directly to the cells of your digestive tract, either allowing them or not allowing them to let iron in. High levels of hepcidin reduce or prevent dietary iron intake into your body, regardless of the iron content of your food.

It is now clear that hepcidin levels elevate in response to inflammation. This could be from inflammation of any type: infection, toxin exposure, excess alcohol, many medications, injury, excess exercise, lack of sleep, too much stress, etc. In this regard, being overweight is an ongoing inflammatory problem wherein your extra pounds of white adipose tissue crank out inflammatory signals 24 hours a day, 7 days a week, as if someone will not stop yelling at you. The more excess weight you have, the higher the inflammation (in addition to all other potential sources of inflammation).

Iron is utterly indispensable to your metabolism and survival. For example, mice that are genetically bred to have high levels of hepcidin die within a few days from iron deficiency. Iron is need for growth, repair, assembly of proteins into your body structures, the function of your nerves, and much more.

On the other hand, iron is highly reactive. Your body literally keeps it in cages like ferritin, kind of like a lion at the zoo. When it is needed, the lion is let out at the proper place and time so that it can do something useful. If the cage is opened at the wrong time or place then iron can jump out and set off free radical chain reactions that can be very damaging to health. It appears that hepcidin intentionally reduces iron intake during times of inflammatory stress to prevent the inflammation from damaging iron transport and storage systems (causing inappropriate iron release). In other words, if your body is in a state of inflammatory wear and tear it may be difficult to use iron in a healthy way.

This would offer excellent survival features for short term inflammatory distress that are threats to survival. However, a chronically inflamed person, as from obesity, can develop a real catch-22 wherein hepcidin is elevated for too long, which creates a scenario of ongoing iron deficiency, either functional (meaning not enough iron for metabolism to function well) or blatant (meaning anemia).

Due to the rampant overuse of antibiotics and high sugar diets of many people there is an epidemic of Candida albicans overgrowth in overweight people. This is especially common in overweight people with thyroid problems, as I have observed first hand for the past 27 years. Interestingly, hepcidin is a powerful antifungal. This means that your body may raise its hepcidin levels to prevent Candida from infiltrating your body, which is part of a natural defense system. Again, this has survival advantages especially in olden times. However, in a population of people who are overweight and have an overgrowth of antibiotic-induced Candida, it is a double whammy against a functioning metabolism. The Impact of Low Iron on Metabolism

A new study details the dire metabolic consequences of having low iron. It shows that low iron turns on genes in your liver and muscles that promote fat storage and cause abnormal elevation of blood sugar – exactly what goes wrong with metabolism that leads to the metabolic syndrome.

The consequence to thyroid metabolism is twofold. First, the inactive thyroid hormone,T4, is converted to the biologically active hormone,T3, mostly on cell membranes of liver cells. Hepcidin is made in your liver and is being produced excessively in response to high inflammation. Such inflammation will also damage liver cell membranes, thus reducing the conversion of T4 to T3. This is one main reason why inflammation of any type disturbs thyroid function.

Second, when biologically active thyroid, T3, binds on to cell membranes and communicates to the nucleus of your cells how fast their metabolic pace should be set, it is like a hormone manager giving an order to a cell factory. The worker bees in the cell factory then need iron for the genes that will implement the thyroid order. In fact, the next 80 metabolic genes responding to a thyroid order all need iron. If iron is lacking metabolism simply cannot run at an optimal pace, which will give a person all the symptoms of hypothyroid even if they have normal T4 and normal T3.

Iron can be normal on a blood test and a person can still have all the problems above, though levels tend to be toward the lower end of the normal range. Hemoglobin (Hgb) and hematocrit (Hct) are also on the low side of the normal range with this problem. If one or another is out of range on the low side it signifies a major problem. Serum ferritin is typically low or low normal, unless inflammation is very high, which can actually drive up ferritin scores. Lab tests can help, however, fatigue along with trouble losing weight despite eating better and exercising are general indicators of a potential problem. Solving Iron Deficiency relating to Stubborn Weight

Adequate iron intake (red meat) compared to obvious iron loss (menstrual cycles, etc.) is still important to understand. However, this new data says that a condition of less inflammation must exist in order for iron to work properly in your body.

The most basic approach is to follow The Leptin Diet, which is anti-inflammatory. As you begin to lose weight you are now reducing inflammation, hepcidin levels should come down, and the iron in your diet will work better. If you have little iron in your diet, then you should take a high quality iron supplement. I like iron glycinate, a true protein chelate of iron. I would stay away from all cheap iron salts, such as ferrous sulfate (these cause free radical damage).

In reality there are many basic supplements that are fundamental to metabolism along with a good diet, as I have outlined in The Leptin Diet Weight Loss Challenge #1 – Overview and Basic Needs. All of these are important to contribute to anti-inflammatory basic nutrition. Based on the new information in this article, it is accurate to say that ensuring you have adequate iron intake should be added to this basic list of nutrient needs for weight loss, especially in conjunction with basic anti-inflammatory nutrition.

A more comprehensive approach to this specific issue is to take an iron supplement as a trial to see if it helps your energy. Additionally, fat-soluble antioxidants that are targeted to improve liver function would be top choices. My top recommendations would be acetyl-l-carnitine, coenzyme Q10, tocotrienol E, r-alpha lipoic acid, and silymarin. Many other anti-inflammatory nutrients may also be of value. Your bottom line is to get enough support to engage the process of weight loss, maintain steady progress, have a much better energy level, and on a blood test your hemoglobin and hematocrit should be in the middle of the normal range.

Some individuals may need to employ a more targeted anti-Candida program to fully solve this problem. I discuss these topics more fully in my series of comprehensive articles on the Leptin Diet Weight Loss Challenge. It is important to know the direction you are heading. If you are doing well and making progress then you are most likely doing enough – at least as long as you are getting somewhere. If you hit a plateau or fail to get out of the starting block then you certainly need to become an active problem solver for your metabolic issues. Hepcidin issues are far more common than not in any person who struggles with weight. Summary

Your body handles iron as a top priority, since it is vital to survival as well as being potentially problematic. Iron is essential for metabolism to run properly, including normal thyroid activation and cellular function. The inflammation of obesity is elevating a hormone called hepcidin, which has the unfortunate side effect of disrupting iron metabolism in your body. This mechanism helps you overcome short term inflammation and was very handy in olden times for survival purposes. In modern times, especially in a population of overweight people who often have Candida issues, it can viciously lock in place malfunctioning metabolism. Solving the problem requires adequate iron intake along with a reduction in inflammation. Reducing life stress helps. Sleeping better helps. Following The Leptin Diet helps. Many dietary supplements can also help reduce inflammation. Especially important may be the fat-soluble antioxidants that help reduce liver inflammation, the place of hepcidin synthesis. Use enough support to feel a difference in your energy level while engaging and sustaining the process of healthy weight loss. There is a path to a healthier you!

If you want to know the latest science on metabolism, Byron Richards is the best source of our time; go to Wellness Resources.com, sign up for his email health messages and get a comprehensive, ongoing you can really live with education.